For over twenty years, I have been acting–sometimes in front of the footlights and sometimes in front of the microphone. In recent years, I have found that I am most passionate about voice acting and narration. Whether on the stage or through vocal performances in audiobooks, I try to bring characters to life and connect the audience with the story.

Since 2018, I have been producing audiobooks through the Audible Creation Exchange (ACX). Below you can see some of the titles I’ve worked on and listen to some of the samples from those audiobooks (and even click on the links and purchase them if you’re interested).

(Spooky) Litigation: The Practice of Supernatural Law (Volume 1) by Jeffrey A. Rapkin, Esq. – Martin Sandburg, a lawyer who has recently “lost his place in line,” finds himself involved in a number of supernatural quandaries. From poltergeist restraining orders to diabolical Faustian contract negotiations to the occasional tea party in Hell, Sandburg struggles to keep his head above proverbial water without losing his sanity. Witty, bright, and emotionally moving, this book is for anyone who enjoys a good courtroom drama, supernatural mystery, or a wry sense of humor.

Brother of the Third Degree, Will L. Garver – A relatively unknown but exemplary metaphysical novel from the early twentieth century, Brother of the Third Degree follows the transcendental and occult adventures of a young nobleman raised in South America and pursuing education and higher planes in Paris. The book develops ideas from Theosophy and esoteric Eastern religions through the experiences of a young man attempting to live a pure and enlightened life while rising through a series of “degrees.” 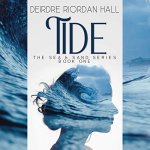 Tide and Anchored (The Sea and Sand Series, Books 1 & 2), by Deirdre Riordan Hall – This creative re-imagining of the lore of mermaids and sea-folk follows the adventures of Tyler, a surfer from California suddenly transplanted to the frosty shores of Maine following a tragedy, and Amara, a mermaid seeking to escape from a fate she does not want beneath the waves. The story bubbles over with folklore, comedy, and romance.

The House of Silver Doors, by Ian Totten – Totten writes Lovecraftian horror in a small 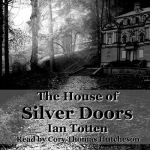 New Jersey town that both shocks and entertains. Occasionally gruesome, frequently funny, and always haunting, the story follows the lives of a pair of teenagers and a grizzled old reporter as they go up against an ancient evil that has come out to feed and quickly devours the minds and souls of the townsfolk.

Ruthless Spirits, by Sandy Wolters – This paranormal romance follows Wiccan priestess Rainy Stratton as she becomes romantically–and magically–involved with artist Terry after he discovers his new backyard art studio is the home to a demonic force beyond his control or understanding. An engaging cast of characters and a wonderful blend of emotion, humor, and thrills keep this book moving at a fast pace.

I have been immensely privileged to work with a translation house (TSK Group, LLC) bringing Russian science fiction and metaphysical fiction to an English-speaking audience. This has been one of the most rewarding threads of narration I’ve done, and I have worked on projects from literary greats and relative unknowns, discovering some stellar literature in the process. The projects below are some of my favorites:

The Night Before Christmas, by Nikolai Gogol – Not the poem about Santa, but a rich, supernatural satire set in a Russian village on Christmas Eve. Devils, witches, blacksmiths, and tsarinas all make appearances in this hilarious and enchanting story.

The Shipwreck Island, by Alexander Belyaev – A group of travelers including a wealthy heiress, a fugitive counterfeiter, and a police detective wind up on an island made of stranded ships in the middle of the Sargasso Sea. They soon discover that they must work together to overcome the island’s mad dictator before it’s too late for all of them.

The Dead Mountaineer Hotel, by Arkady and Boris Strugatski – An absolutely captivating mystery novel with a science fiction twist, this tale features a group of strangers trapped in a wintry mountain hotel after one of the guests is discovered murdered. Police Inspector Glebski unravels the case, which only gets stranger at every turn as he discovers the eccentric truth about each of the hotel’s captive denizens.

“Can Peter Play?” – An original telling of a contemporary folktale

“The Mannegishi” – An adaptation of an Ojibwa-Cree folktale